Wow! Not sure where the time has flown by to.. but its been a few months since my last post for Whats on your Workdesk Wednesday?

Today I was working but I was able to get this photograph of the current LO I am working on which is for the CKCB challenge here which entails some 'subway art'... which isn't Graffiti type lettering as you may expect but as it shows here on my LO.. with directional lettering, both vertical and horizontal. 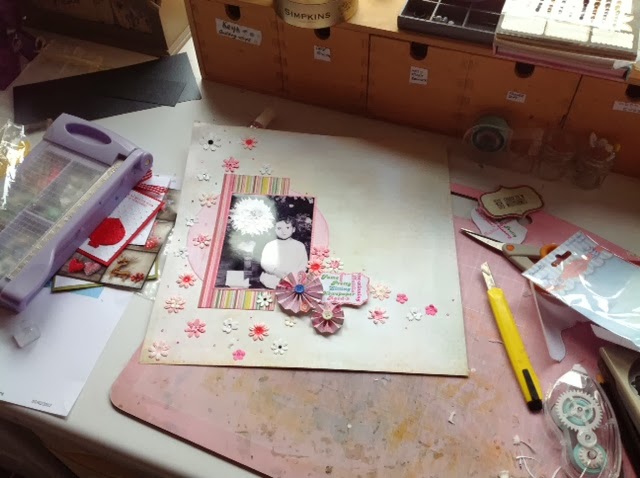 I am still to put the finishing touches to the LO, but it is halfway finished. I will post the finished LO for you to see tomorrow when I have finalised it.

The sketch is from the Artful Challenge blog  for their January challenge.

Here I am again! I promised I'd be back with my completed layout.. and here it is... 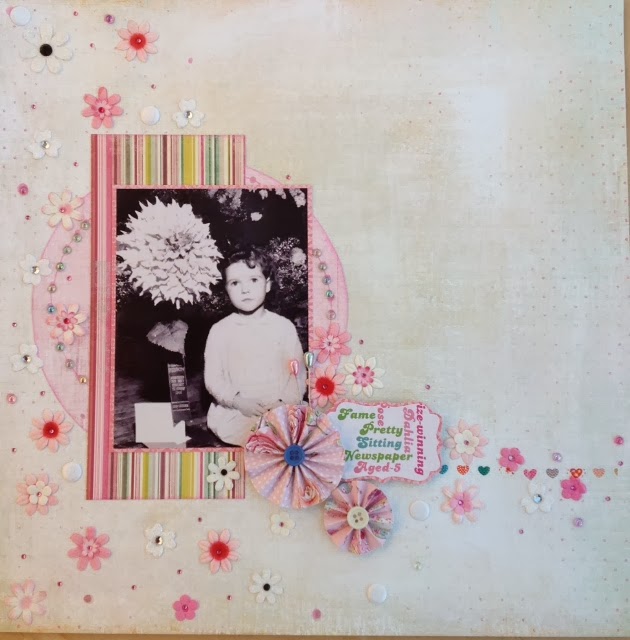 When I was little, aged 5, I was at a flower show with my Mum and there was a local newspaper journalist there. He did no more than ask me to sit beside the prize-winning Dahlia to have my photo taken. As you can see it was a very large dahlia! I think you can tell from my face that I was a little startled..but it was in the paper the following week and  my Mum still has the clipping somewhere. I managed to get a decent photograph of the original photo so I was able to scrap it without damaging the original. I have put some hidden journalling on a tag and I will slip it behind the picture to tell the story.