Two layouts from me

Tonight in stormy Kent in rainy old England I am bringing you two layouts made with elements of my Counterfeit Kit, ironically called 'Summer Sensation'.. no sign of the summer here as yet.. well unless you count that day we had in May where we dug out all our summer clothes in our optimism! Lol 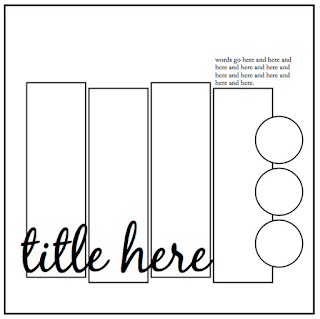 In my kit I included lots of gold and added some Poloroid style frames too. I have been wanting to scrap this photo ever since I started scrapbooking as it is one of my all time favourites of my family. It was taken about 10 years ago when I won a photo shoot and we had the biggest laugh..as you can see. I wanted the photo itself to be the focus of the layout so I blew it up and made it large. I used this sketch from UKScrappers.

I then punched some gold hearts from the paper in my kit and used a piece of red card (not originally in my kit) to mount the photo on. I used two of the wooden words and covered them with Glossy Accents and added gold glitter for the title. Here is the end result. Simple but, I think, it works. 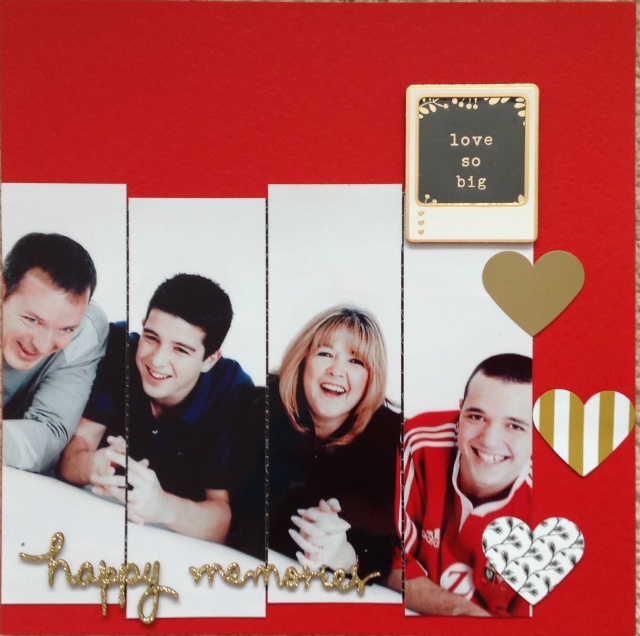 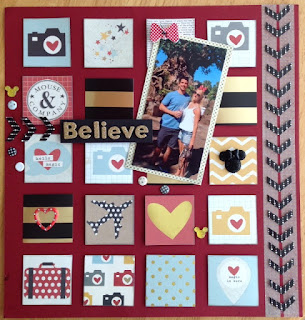 the second layout made with my kit. I used this sketch here from the Memory Nest Blog.. who, I'm extremely pleased to say, chose me as a winner for my layout here. How exciting is that? I will be their guest designer soon..

In the meantime I was also inspired by the sketch below 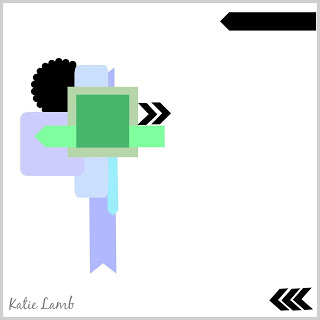 It gave me lots of opportunity to use white space which I love to do. It gives me the chance to include a bit of mixed media. In this instance I used watercolour.. splattering it and randomly placing colour on the background. Once dried I added small scraps from my kit.. which I've almost killed, and arranged them over some white cotton gauze. I finished off with some gems, flatbacks and some punched chevrons. 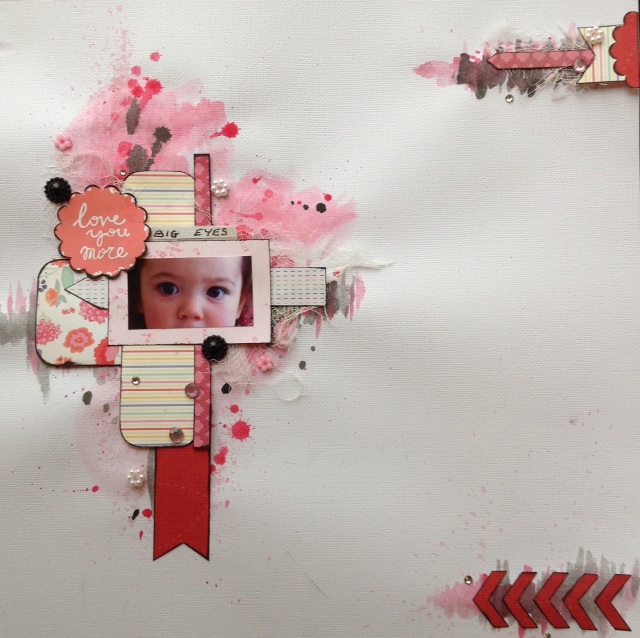 The photo is of my Grand-daughter Amber..but as I only wanted a small photo..I used just her lovely big eyes to focus on.

That's it for tonight..but do pop back soon!