Good afternoon all on this joyous June day....lovely sunshine and a relaxing day ahead.

That said,  I couldn't wait to get stuck in on this months Counterfeit kit! which is inspired by this kit here... I'm calling it 'June Joy'

As you can see there is a page of film reel paper and several film embellishments...so this is where I took my initial inspiration from. I knew I had a large piece of paper that had film reels on it somewhere..so then the task was just to find it! Once found... I realised the colours were not that similar to those in the kit but the colours on my piece were aqua, green, navy, reddy/orange with a white background..so these are the colours I went with. It's surprising how a kit can come together from just one piece of paper isn't it?  So then I went on to select more coordinating papers and card. 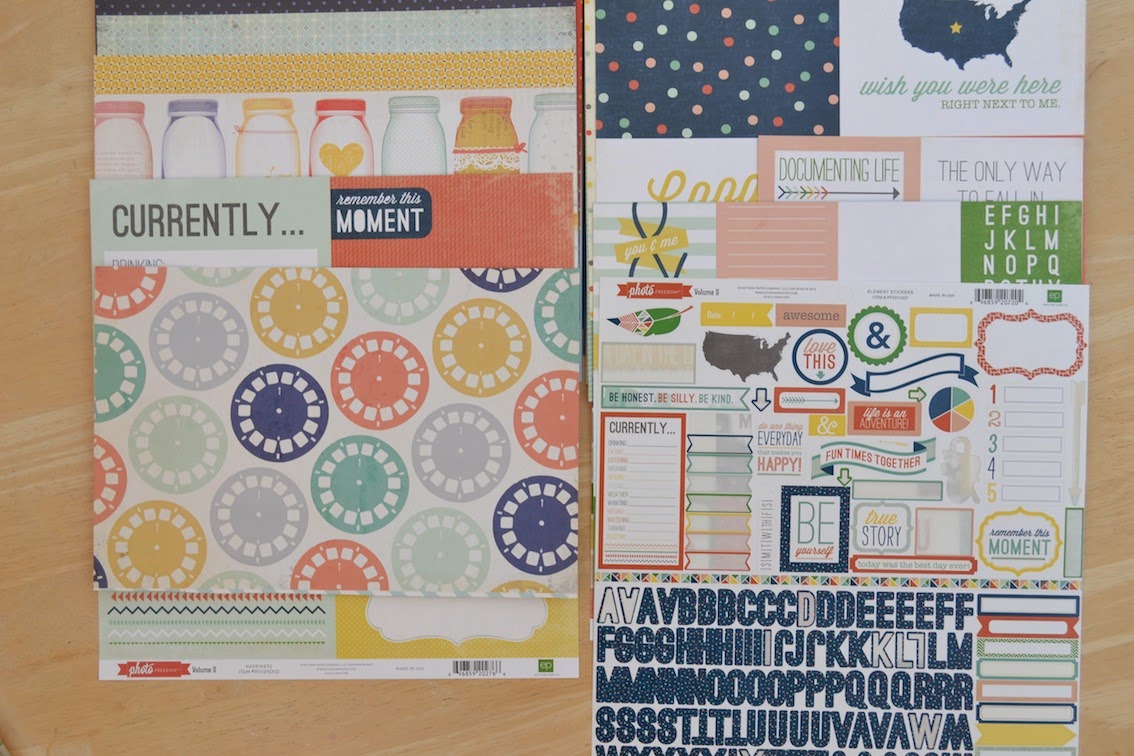 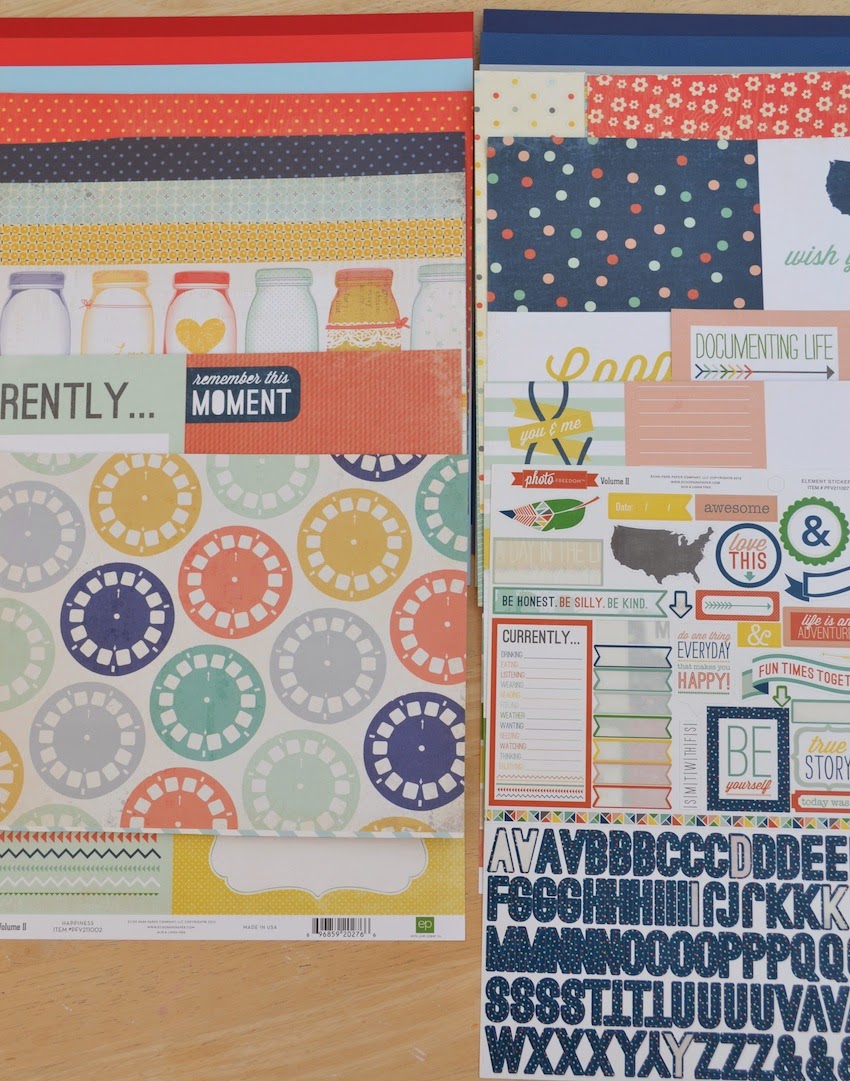 As you can see from both of these pics I chose to feature Navy, white and red mainly but also added lots of yellow too..just because it seemed to go well and some of my papers had a yellow theme along with the reds and blues... And a bit of green too! 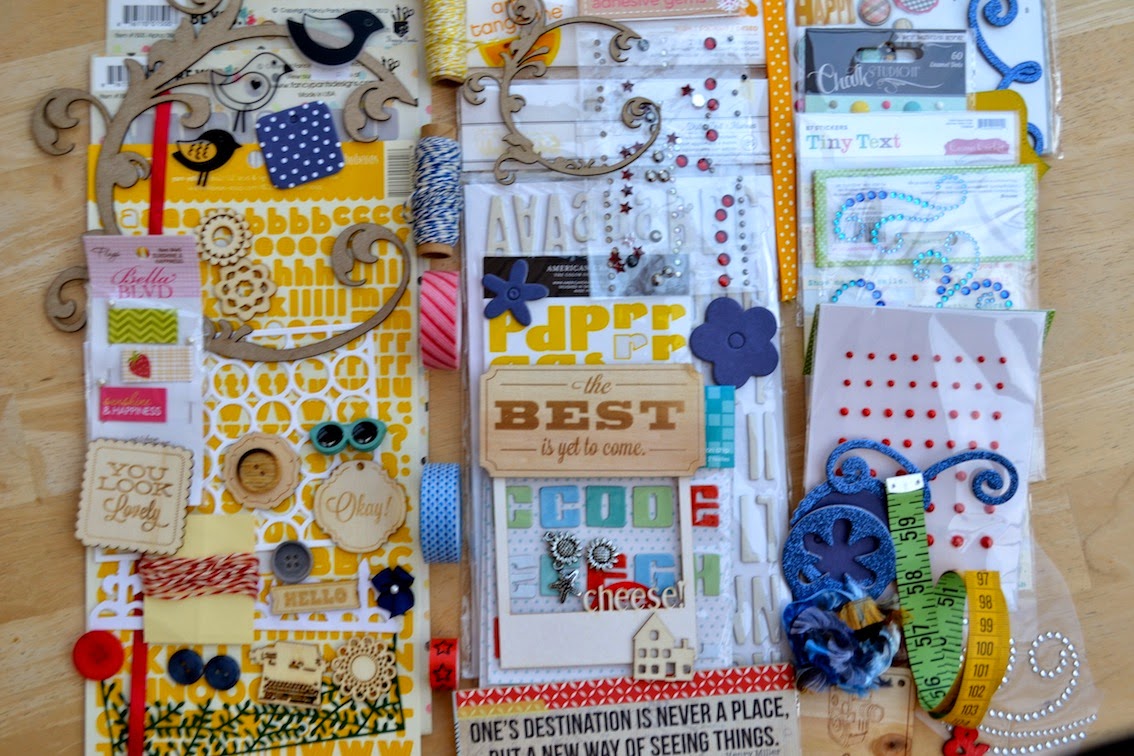 From there I picked out my matching embellishments and trims, choosing bakers twine (in three colours), washi tape (in three styles and colours), buttons and I added in some lace, doilies and ribbon amongst others. 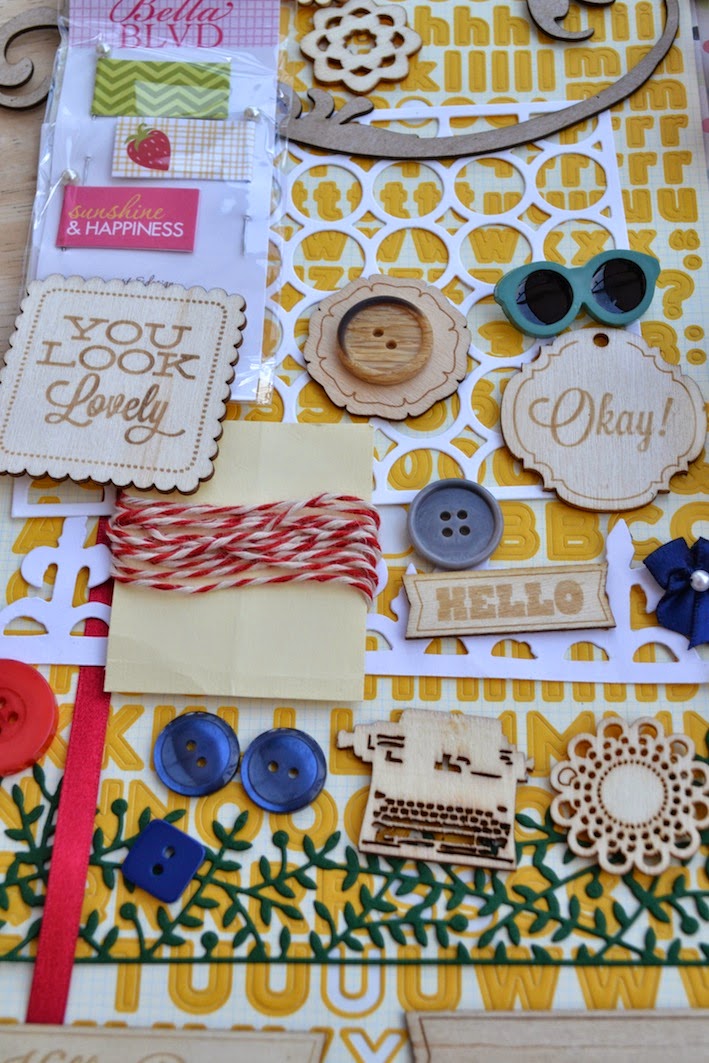 Now...in the original kit, there was quite a lot of wood grain paper...and although I haven't photographed it here, I have added a couple of pieces in since..and I added LOTS of wood veneer pieces to give me the overall flavour of the kit I was copying. I even found one wood veneer button!


Since putting the kit together I've already made three LOs (because I am so inspired by this kit) so you'll just have to pop back later to see that I've made with it!


I look forward to seeing what you've been up to too.


Thanks for popping by! Catch you soon!