Hiya..I'm off out shortly so I am making this Uber quick! lol

Today I went to my monthly crop and I managed to make four layouts, two using mood boards and one with a sketch..the others I made up so here they are. 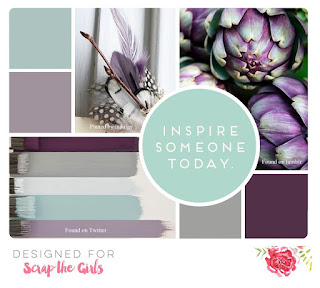 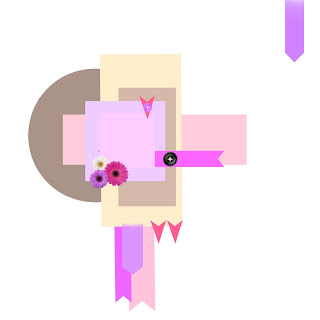 and created this layout of one of my friends and her cousin. She is going to be 50 at the end of the month while we are on a retreat so all those of us that are attending are making a page or two each to going an album for her. I think she's going to be really pleased with  it.. and overwhelmed I hop. Bless. 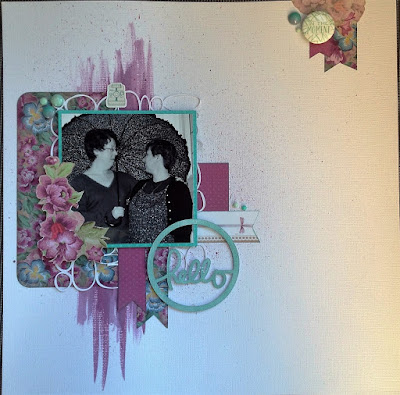 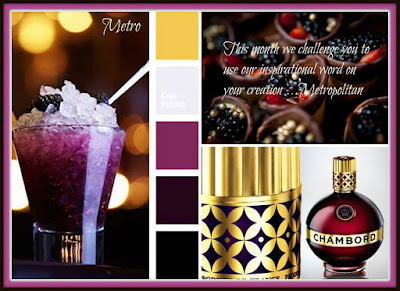 keeping the 'Metropolitan' theme in mind I used these photos of us at The Shard, London in January 2015. To create the wavy 'brick' effect I cut the lines with my Cameo and then added white and gold vellum behind them. I also added printed vellum behind the photos, including the gold accessories paper which seemed to fit perfectly with the Metropolitan theme which was also part of the challenge. You can't see it in the photo but on the gold polaroid frame the word 'today' is also printed but the reflection blurs it out. 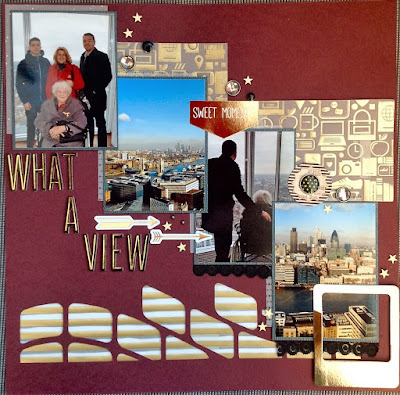 I also made this layout using Kaisercraft papers of when my poor DH had an operation on his shoulder last year.. he had 100% immobility in it and as a serving firefighter he couldn't work. He had to have 12 weeks off but he had intensive physio therapy on it and eventually managed to full duties. What a relief! 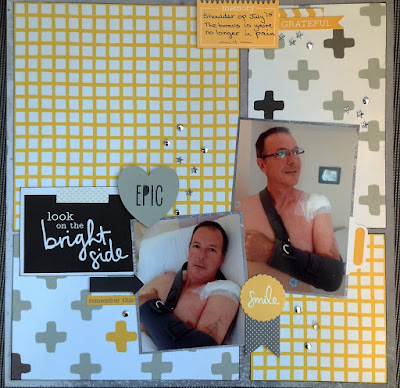 and finally this one of my DH and GD earlier this year... I just love these photos! 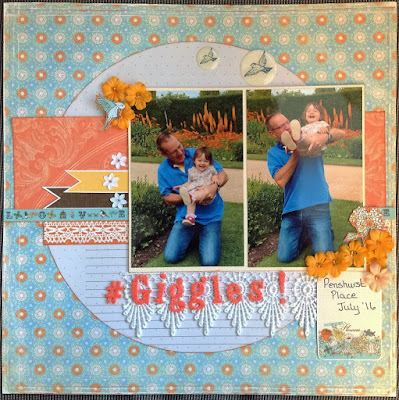 For good measure I've thrown in one of my cards I made at a card class earlier this week too. It is black and white in real life but it looks as though it has a strange hue over it? Not sure why.. 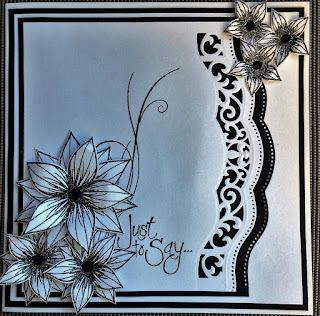